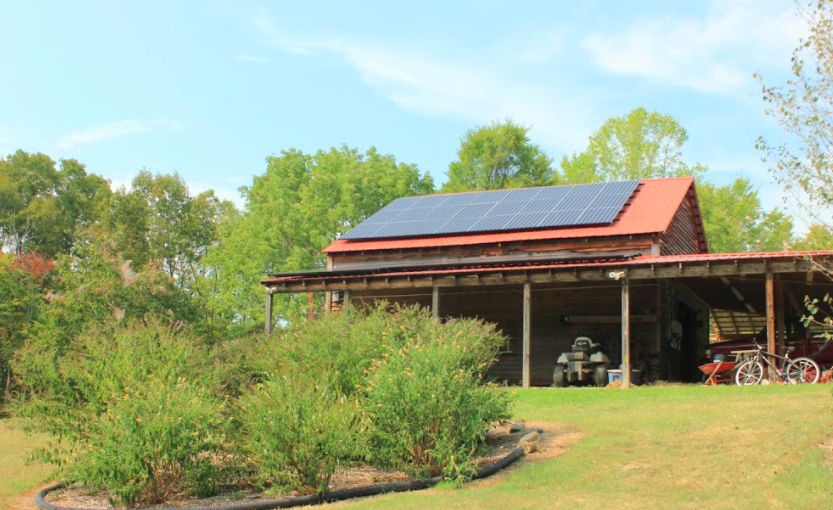 As proud members of the renewable energy community, we at Sun Service Specialists are happy to be celebrating Earth Day! Because this industry has such a focus on cleaner, greener sources of energy, the love of our environment runs deep among solar professionals. We’re thankful for the opportunity to operate in a field that allows us to work toward a brighter future!

In honor of Earth Day, we will be going through some of the environmental benefits of converting to solar energy. But first, let’s talk about the history of the holiday and how it came to be.

The History of Earth Day

Decades after the Industrial Revolution, America found that it was suffering from air and water pollution caused by large factories spewing smoke and sludge around every corner. Without restrictions to regulate what these industries could and could not emit, the world was quickly becoming a dirtier, unhealthier, and even more dangerous place to be.

In 1962, author and New York Times bestseller Rachel Carson published her world-renowned book Silent Spring, which detailed the adverse effects of chemical pesticides and the unethical behaviors of the industry that were putting the environment and its inhabitants at risk. The book went on to sell more than 2,000,000 copies worldwide and has become a staple in high school environmental science classes; its impact, even 59 years later, remains undeniable.

Senator Gaylor Nelson, already concerned about the inextricably linked causes and effects of air and water pollution on public health and the environment, witnessed an oil spill in Santa Barbara, California in 1969 that sprung him into action. Terrified of what could happen if the world kept on track as they were, he came up with the idea of an on-campus rally or “teach-in” that would go on to broadcast to the entire country. During this teach-in, they recruited students, activists, organizations, religious groups, and more to march in the streets in an effort to bring national media attention to the growing problem of air and water pollution in America. They chose April 22nd for their demonstration, which, after inspiring almost 20 million people to protest, eventually became the annual celebration known as Earth Day.

The Environmental Benefits of Solar Energy

Because we are a solar servicing company, we want to highlight some of the environmental benefits of solar energy to go along with the Earth Day theme. Here are a few:

The burning of fossil fuels like coal and gas contributes heavily to air pollution, which is why you see large metropolis areas like Los Angeles often have a smog problem. With these pollutants come many environmental and health issues such as damage to the ozone layer and increased chances of respiratory diseases in the population. By going solar, you’re converting to a clean energy source that won’t have to burn fossil fuels to produce electricity, thus cutting back on the amount of pollutants being released and damaging the air quality.

As mentioned above, fossil fuels have very harmful effects on the environment. The more people that convert to solar energy, the less we have to rely on the burning of coal and petroleum for power. Straying away from non-renewable energy sources will greatly reduce the amount of greenhouse gasses polluting our atmosphere.

3. Solar does not require water usage.

Oftentimes, energy sources that rely on water need a large, steady stream to operate at peak efficiency. Due to this need, dams and other structures are built to reallocate the water source and direct it as needed, but this usually results in disrupting the ecosystem in the area. When a river is dammed, it can have extremely harmful and lasting effects on the wildlife in the area, such as populations completely dying out or migrating elsewhere as needed. With solar energy, you don’t have to worry about water usage having any negative effects because solar does not require water!

4. Solar can improve the overall health of the population.

When the people and wildlife in an area aren’t breathing in smoggy air or drinking contaminated water, they’re much less likely to suffer from lung diseases and other ailments caused by pollutants. Who knew? (We did!)

With a combined experience of 50+ years in the solar industry, it’s safe to say that renewable energy is our passion. Sun Service Specialists are happy to be celebrating Earth Day this year and every year, and we’re proud of the role we play in making our environment a safer, cleaner, healthier place. While Earth Day may only be one day out of the year, we strive to keep the spirit of the holiday alive with every solar system we service, ensuring that our customers will continue to reap the benefits of solar energy!

If you’d like to learn more about Sun Service Specialists or schedule a service with us, contact us today! We provide a wide variety of services to existing solar customers that keep their solar systems running smoothly and efficiently for decades to come.